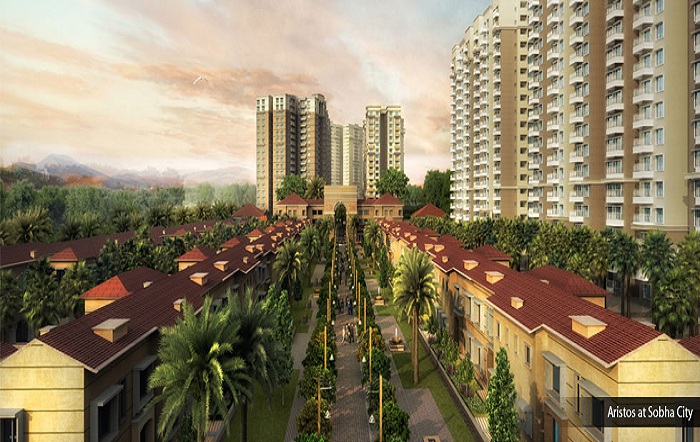 A Grand luxurious township project called as the ‘Sobha City‘  brings out the new idea of an Mediterranean themed lifestyle living which is not less than a Paradise!!. Sobha Limited being the one of most eminent builders of the real estate industry put their best in making Sobha City a remarkable residential space to live in. Sobha City is a project spread far beyond colossal land area of 36 acres at the prime locations of Hebbal on Thanisandra Main Road of Bangalore.Apart from this 65 percent of the open land is developed with lush green landscapes.

Sobha City is an unique blend of four different elevations naming Sobha Aristos, Sobha Casa Paradiso, Sobha Casa Serenita and Sobha Santorini with each one representing distinct ideas with different choices of living. Sobha City is a wonderful combination of apartments and row houses configured with 2,3 and 4 BR units.

Aristos ,Casa Serenita and Santorini houses luxury apartment units along with row houses where as the Casa Paradiso comprises of super luxury apartment units. Sobha Aristos is an 18 storied structure housing 44 units of 4 bedroom units having a size area between 3736 to 3764 sft.Casa Serenita, a 21 storied elevation housing 496 units of 3 bedroom units with a different choice of areas ranging between 1795 – 2024  sft.

Sobha Santorini luxury apartments are housed over 18 storeys building and it is offered with various choices to choose between 1700-1740 sfts. Sobha Casa Paradiso is yet the one and only high super luxury flats placed over 23 floors. It presents 3 bedroom and 4 BR units. All of these four elements within the project possess all the fine dine features incorporated within. Sobha City makes every moment of yours memorable.

Residing in a location like the Hebbal of North Bangalore is an added advantage to every resident because you don’ t need to spend much of your time in travelling. All your basic needs can be fetched within a short and a enjoyable walk. Travelling to the International Airport or the railway station is only a few minutes of time. IT Parks like the Manyata Tech Park lies in close vicinity of Sobha City. It is well connected through a 4 lane road. The very famous MG Road in bangalore is just 15 kms away from Hebbal. Golden opportunity comes only once in lifetime and this is true with Sobha City. 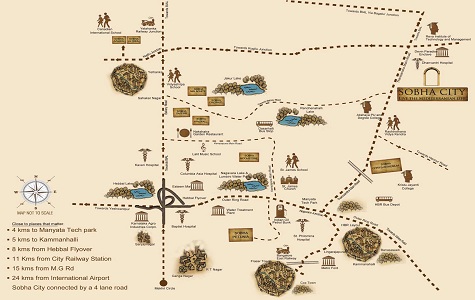 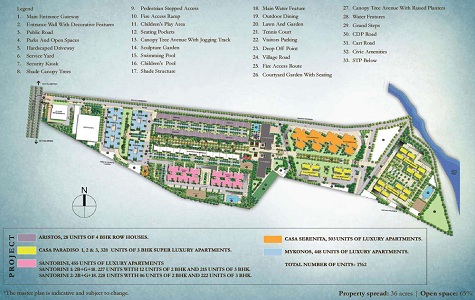