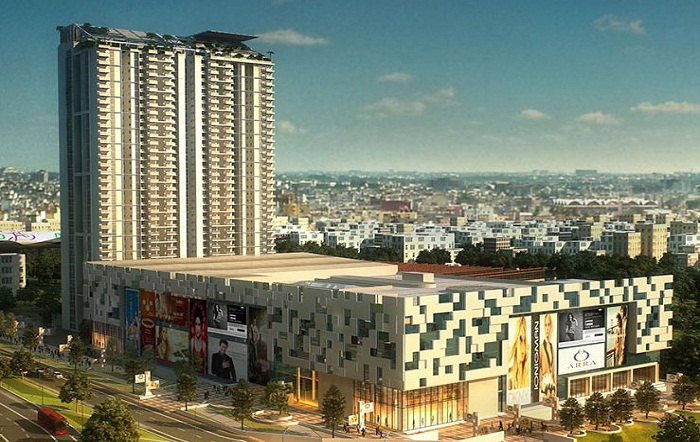 Be one among those pride residents of the Bangalore City’s tallest building structure called as the Sobha Indraprastha coming opposite to the sujata theatre, near minerva hills compound of Rajajinagar in Central Bangalore.Giving the best visualizations of the cityscapes, Sobha Limited presents Indraprastha  which is spread beyond a land of 9.37 acres out of which 40% been kept for unique creativity of the tower.

Housing 356 super sized luxury apartments built over a single tower of majesty which holds 37 spacious storeys over it. The area sizes of the units vary between 950 to 2970 for 3 BR units and for 4 bhk ranging between 3179 to 3715 sft. Being visioned by the brilliance of the Marina Bay Sands of Singapore, Indraprastha launches Sky Lounge over the 37th floor at an height of 433 feet.A grand clubhouse is featured on the 36th floor which incorporates a host of exclusivities like the reading lounge, squash court, gym, Jacuzzi, cards and carrom lounge, walkways, children’s play area and a multi-purpose hall.

Apart from all these, Indraprastha even embellishes a retail center which boasts a 11 screen multiplex, a hyper market, restaurants, an entertainment zone along with an food court providing an absolute refreshment after your work Hours.

Centrally located amidst the pristine locales of Rajajinagar in Bangalore, the location even benefits you with its great connectivity to various good established landmarks of the city. Kempegowda bus station is a few minutes of drive from Indraprastha, the MG Road, CBD, Upcoming metro junction , Airport come in close vicinity of the project. you can reach toShopping malls like the Total value mall, Orion in short distance walk.The famous Iskcon temple resides very close to this grand project. Come, get trapped into the lavishness beholding haven of peace within this great address called Sobha Indraprastha. 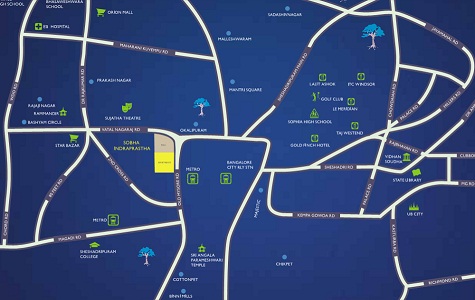 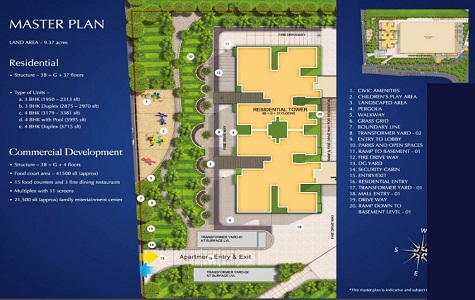 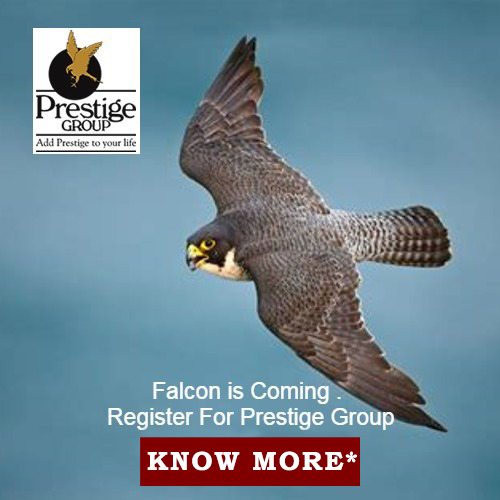